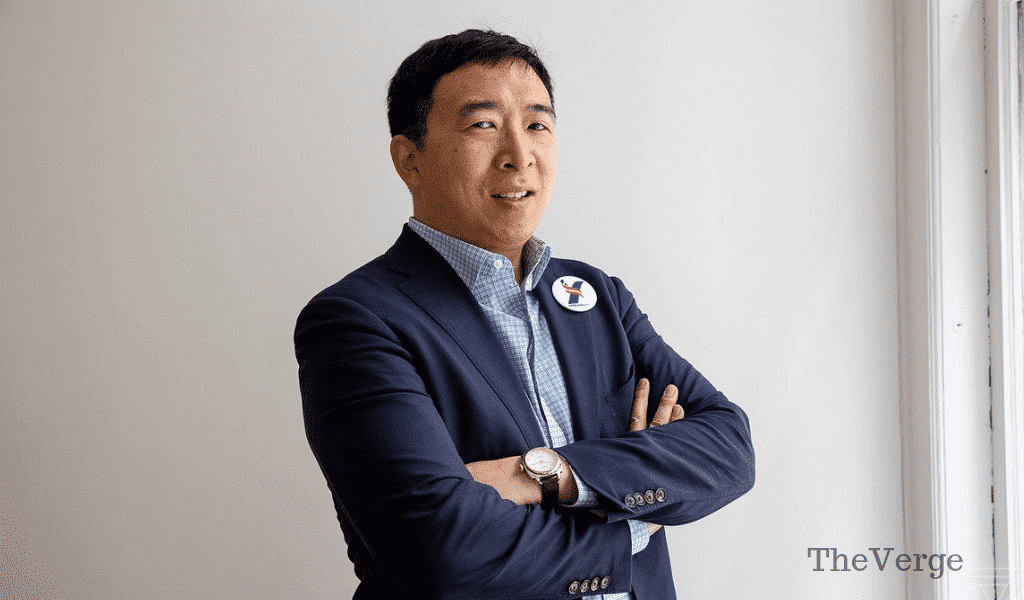 Andrew Yang will give a $12,000 basic income to a random Twitter follower

A couple of weeks ago, the Democratic presidential candidate, Andrew Yang, took the media waves with awe. In one of the simplest tweets ever, Andrew Yang announced that he would award a random follower of his with $12,000. At first, most people thought it was a joke, but the presidential aspirant is serious; he is going to give away $1,000 every month for twelve months to a randomly picked twitter follower of his. Was there any condition attached? Many wondered what the catch was, but all Andrew Yang wanted was that his followers to retweet the philanthropic tweet and follow him by July 4th. Nobody was required to make any form of payment whatsoever, only a retweet and a follow. How easy could it get? Were there any motives behind this generous offer?

Any person who knows politics would think of only one thing: this was Andrew Yang’s way of trying to gather as many votes as possible to himself. Well, this is true. But one question remains; how far was he willing to go for that vote?

Within only hours of putting up the tweet, Andrew Yang had approximately forty-two thousand retweets! Our guess, everyone was up to try and grab the easy money. But the downside is, not everyone who retweeted and followed him qualified for the grant. Only one person would qualify for the money. The person was to be randomly picked across all eligible entries.

Either way, even if only one person was going to be that lucky, this was the best deal because it was as easy as only two clicks. And everyone had their eyes on the price; no wonder the number of followers and retweets kept going up every other minute. We all know how easily people get attracted to easy money; we could do practically anything for it!

All this leads us to the big question, why then was Andrew Yang going through all this trouble? If we are to understand his reasons, we need to understand the concept of UBI, otherwise known as Universal Basic Income, because it is the basis of his generous offer.

Universal Basic Income is an idea that is being fronted to enable all American citizens to earn $1,000 every month. Whether you are working or not, and whether you are already receiving government grants or not, as long as you are an American citizen aged eighteen and above, you will qualify for the monthly $1,000 UBI grant. According to Andrew Yang, it has not been decided if the political party you are affiliated with will influence the UBI pact or not, but people who are already receiving government help will get to choose between continuing with their set-up or shifting to the UBI module.

According to Andrew Yang, this UBI initiative will be referred to as the ‘Freedom Dividend’ as according to him, it sounds better to the ear than Universal Basic Income. He revealed, in an interview with Stephen Colbert on the Late Night Show, that he intended to use his tweet as a test run to promote the policy.

What, then, is the main aim of having every citizen earn $1,000 every month? This is a shot at trying to reduce the levels of poverty and ensuring that everyone has the cash they can use for their basic needs. By reducing poverty, the UBI initiative will eventually lead to equality among all people and reduce discrimination based on economic classes. Apart from that, the UBI program will go a long way in strengthening the trust people build in social institutions if it is successfully launched and implemented.

Some countries have already tried it out, and UBI has proved workable and practical. Canada, for instance, has been trying out this module for several years now and it has proved practical. Other countries like Italy have also tried a roll-out plan to ensure the citizens have a Universal Basic Income successfully. Finland, too, has joined the bandwagon by having a roll-out plan over the past two years in a bid to improve how people view their social institutions.

A general outlook on the Universal Basic Income practice has, however, unveiled one major concern. In what experts are terming as a state of automation-induced joblessness, the UBI program tends to be in the frontline in encouraging unemployment with the thought that there is a guaranteed monthly cheque. As such, some people may opt not to work and depend on the monthly check. In the long run, a government will be drained financially, for funding grants without any input.

Andrew Yang, on the other hand, has a totally different argument to it. He says that any government should focus on achieving humanity first, before thinking of the individual input of every citizen. His argument has been backed by famous and powerful people like the CEO of Facebook, Mark Zuckerberg.

Knowing politics and their expected turn of events, a policy such as this one is likely to give a presidential aspirant a head start as compared to their competition. For one, it appears very humane and caring for a candidate to even put out a gesture of having the people’s interests at heart. Seeing that the larger percentage of the world’s population is simply surviving, we could all use a boost from the Universal Basic Income initiative and that means supporting and voting for a candidate who is running with the slogan.

So, whether he is using it to woo his voters or not, Andrew Yang still wins. We could all use a boost of easy money anyways, just as we would really appreciate it if it is finally passed into law. Politics aside, UBI is going to be the best way to ensure all citizens are taken care of and looked at as equals.