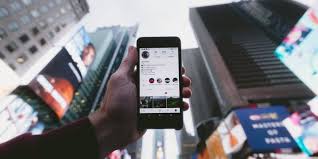 Twitter has debuted a set of new tools for marketers on the platform. These tools will let users help with the development of Twitter’s features and better take advantage of the platform for advertising.

“Twttr” is one of the tools that Twitter launched in early March, which lets users test new features that the social media site is developing, like this one.

Users can then send their feedback to the developers through an easy-to-access panel. They can also use the Twttr app to see the company’s development pattern and get a headstart in adapting their strategies to match what’s coming.

Some of the testable features showcased in the prototype app are:

Twitter said that these features are designed to encourage longer engagements. The site added that it plans on presenting more test features to the prototype app in the future.

Twttr is currently available only for IOS users. You also need to answer a short survey before you get accepted into the program.

Twitter also announced the start of its first ever podcast. Dubbed “Character Count,” the online show will focus on Twitter ads and teach listeners how to use them effectively. The podcast will also feature Twitter success stories and explore how these successful people executed their campaigns.

Experts noted that the podcast is part of Twitter’s greater effort to push its advertising platform. According to TechCrunch, this will help the company generate more profits from its user base despite experiencing slower growth.

Making use of these new tools

While Twttr is mainly intended to give Twitter a feedback channel for the features being developed, marketers can use Twttr to test their own potential strategies. For instance, the above test features are useful for finding ways to keep your audience in a continuous conversation and eventually convert them into sales.

The app will also give you a glimpse of the general direction of Twitter’s development efforts. This knowledge of the larger picture will help you devise long-term plans for your stay on the platform.

The Character Count podcast, meanwhile, will give a lot of useful marketing knowledge coming from successful brands, like:

These lessons are going to be indispensable for developing a Twitter engagement strategy that will retain your audience for a long time.

Twitter’s new tools offer plenty of opportunities for users to understand where the platform is headed to in terms of development. Explore each tool, and see how you can adapt your engagement strategies to take advantage of changes to the platform before they’re officially unveiled.