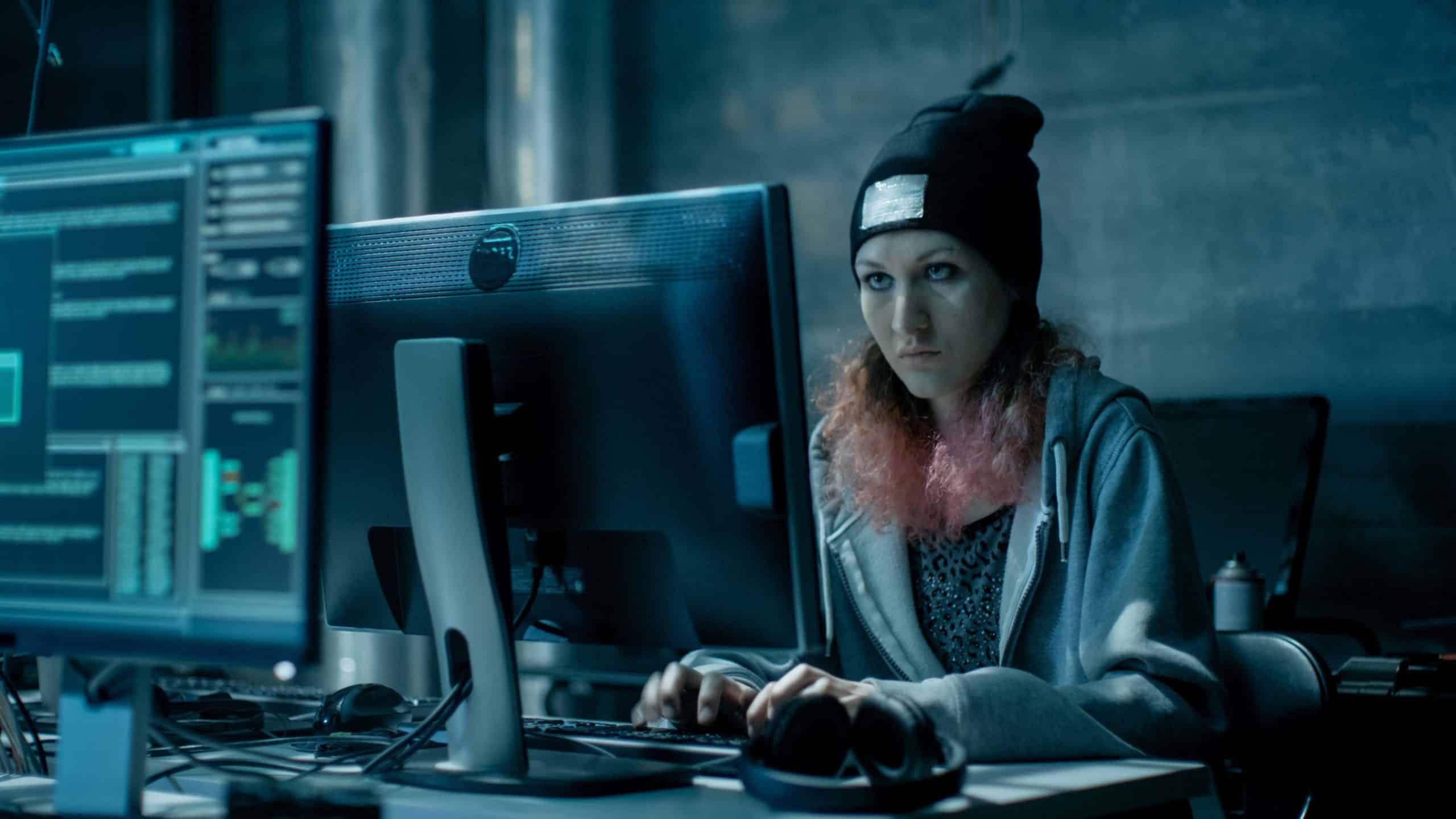 Insulting hashtags, humiliating Photoshopped photos, and hurtful comments. These are just some of the ways people get trolled on Twitter. It happens to the best of us and there is often no rhyme or reason for when or why it does.

The best defense, it seems, is to get ready for when it happens: to know exactly what to do so when it does, we don’t end up as an example in other people’s blogs of what not to be, or become the subject of pity, or worse, become the butt of many jokes on the internet for years to come.

Read on to find out how you can best handle trolls on Twitter and beyond, pretty much anywhere online. We include tips not just for companies but also for regular Twitter users — anyone can learn these troll defense strategies.

For brands that feel like they’re being trolled on Twitter, the first thing you need to determine is whether or not you’re really dealing with a troll. Do the tweets satisfy the definition of a troll, or are you just dealing with an upset customer?

When there is an intent to hurt and elicit an angry reaction, then you can be pretty sure there is a troll behind that post. However, when the post suggests wishes of airing a grievance or stating an opinion, then it’s likely from an upset customer who is posting to give you a chance to correct what he or she perceived as wrong.

A troll won’t listen to anything you’re going to say. He is on a mission and that is to get an emotional reaction from you. Nothing you say will change the tone of his posts. A disappointed customer, on the other hand, is open to dialogue.

Needless to say, not all angry posts are from trolls. Some are from unhappy customers who really just want you to acknowledge the situation.

@BoothsCountry Bad enough finding sharp metal in your food, but when the place you bought it from ignores you,even worse! #CustomerService pic.twitter.com/L7wp8lOdRd

This is an example of an upset customer, not a troll. The claim seems valid and not just an exaggeration to gain attention. It’s also clear that the poster is calling on the company to do something about the incident. There is even a #CustomerService on the tweet, though that might be a bit ironic.

In this case, if you check out the replies to the tweet, you’ll see that the restaurant noticed and responded by helping him. It’s too bad it took a tweet to get service, but at least the restaurant responded well.

On Twitter, you don’t have to be a troll to gain attention. You can grow your account by buying Twitter followers, which will bring in real, organic followers. People tend to follow those who are popular, so if you have a huge mass of followers more people will naturally gravitate to you.

Next, you have to ascertain if the tweet contains a real threat to your safety or if it’s just your everyday troll whose goals in life include inflicting emotional pain, shame, and unhappiness on others.

In most trolling situations there isn’t even an implied threat, and even when a tweet seems potentially dangerous, in almost every case there is no actual threat. But if you suspect that there’s a real threat to your safety, you have to report it to the authorities and get help.

You’ll know it’s a real threat, or at least something worth taking action on, when the person wants to find your physical location or if he expresses an intention to hurt you of your family, for example.

In some cases a person may tweet something funny about or mocking of your brand, but in a more lighthearted way. If it doesn’t seem nasty or a purposeful waste of time, this is probably just a person expressing themselves. You should respond in a fun and lighthearted manner too!

To repeat, upset customers aren’t trolls and you should definitely avoid treating them as such or you can make the problem even worse. Also, people who truly threaten your safety should be reported to the police instead.

For real trolls, who can be terribly frustrating online but not true physical threats, these are some of the best ways you can deal with them. If you’re having problems with the supernatural creatures in Scandinavian folklore or the dolls with frizzy hair, sorry but we can’t help you there.

This should be your mantra. Feeding the trolls means buying into their game, responding to them as if they were serious and getting caught up in whatever craziness they’re talking about. Any time you spend doing this is a win for them.

You shouldn’t feed the trolls for a number of reasons. They probably don’t even believe whatever they’re saying, so it’s a complete waste of time. Not only that, you’ll look bad if this is taking place publicly on Twitter: you’ll look dumb for getting tricked by a troll, and any missteps you make (like getting angry at them) will be visible for all to see.

Once you’ve identified a true troll, the best way to handle them is to block them or ignore them. In some cases you may need to respond, given the content of what they’re saying, but always remain professional. There is no truly winning with trolls, in the sense of defeating them forever, but you can come out intact and unscathed.

Unless you want to be called a troll as well, do not stoop to the level of the person trolling you. If you’re a business, remain professional and apologize if you actually did something wrong, even if you’re getting trolled on top of that. Keep your cool and address the troll as calmly as you can. Because this user has @TROLLololol for a handle, it’s immediately obvious that he’s just trolling the brand. It won’t always be this clear and easy to tell if it’s an upset customer or a troll. Most of the time, you have to wait for more tweets and just use your judgment.

In this case you might argue that Swords&AxesCo was feeding the troll, but as long as they limited their interaction to this one tweet we’d say they came out on top.

In some cases, a quick and funny response is all that’s needed, as long as you don’t take it farther than that. This can actually get you some positive attention online.

While some people enjoy hurting other people, some unhappy people just can’t bear seeing other people happy. So, they troll. It has nothing to do with you.

Keeping that thought in mind will make it easier for you to not take the words of a troll personally. So if you must reply, make it impersonal and devoid of emotions. It’s also the fastest way to make the troll lose interest in you.

Don’t ask for it

Don’t give your audience or your customers reasons to send you negative tweets.

Justine Sacco got trolled by thousands following this tweet, and also got tons of upset messages from people who took moral offense. Her employer also fired her even before she landed in Africa. Imagine taking a nap on a plane only to wake up finding that you’ve been fired and sparked a global outrage. Moral lesson: know the difference between funny and offensive.

And if you’re a brand, know when using an image of your widely-smiling mascot is appropriate or not:

Maybe the anniversary of the Pearl Harbor attack wasn’t the best time to push your products, especially with such a cheerful noodle. It looks like the noodle is celebrating, but what exactly is it celebrating?

The point is, always be mindful of the language, tone and even the content of the images that you’re using in your tweets.

Classy is when you ignore malicious comments, even when you have the perfect comeback, because you know that trolls don’t deserve your time of day.

Trolls are sometimes hard to ignore but going offline for a few minutes might help you control yourself from replying back. Going offline may also give you a clearer perspective of the situation and whether the issue really deserves your energy.

Be inspired by celebrities who have become masters at ignoring trolls. Of course, it helps that they have fans who come to their defense all the time.

So, why not build your own Twitter empire of caring followers? Establish a relationship with your followers while ignoring all the hate. First, arm yourself with bought followers so you will appear more credible and so that people will want to follow you. Buy high-quality Twitter Followers, that look so real that nobody will be able to tell they actually aren‘t.

These real-looking followers will help you build up your reputation, and will foster organic growth by encouraging other people to follow you when they see how popular you are.

Use the block feature

The block feature is there for a reason, so use it. Delete the troll’s tweets and block the account. You can also report it for abusive behavior on Twitter if you so choose.

The blocked account won’t be able to send you hateful messages anymore and your day won’t be ruined by seeing offensive tweets.

You can adjust your privacy settings on Twitter to tweak the way you appear online. Brands don’t have a lot of options here because you obviously have to make your tweets public in some sense, even if you’re just sharing them with your followers.

The good news, however, is that earlier this year Twitter has already taken steps to minimize abuse on the platform by filtering replies and removing abusive and low-quality tweets. Who knows, this might be the beginning of a hate-free Twitter (although that seems unlikely).

Unless and until a completely safe and troll-free zone arrives, protect yourself from haters and handle customer complaints properly. Determine if the tweet is from an unhappy customer or a troll, and then gauge the threat involved.

Don’t fall victim to the trolls of this world and don’t be a troll yourself. Stay wise, stay safe, and stay happy on Twitter! Heaven knows the platform needs more of it.