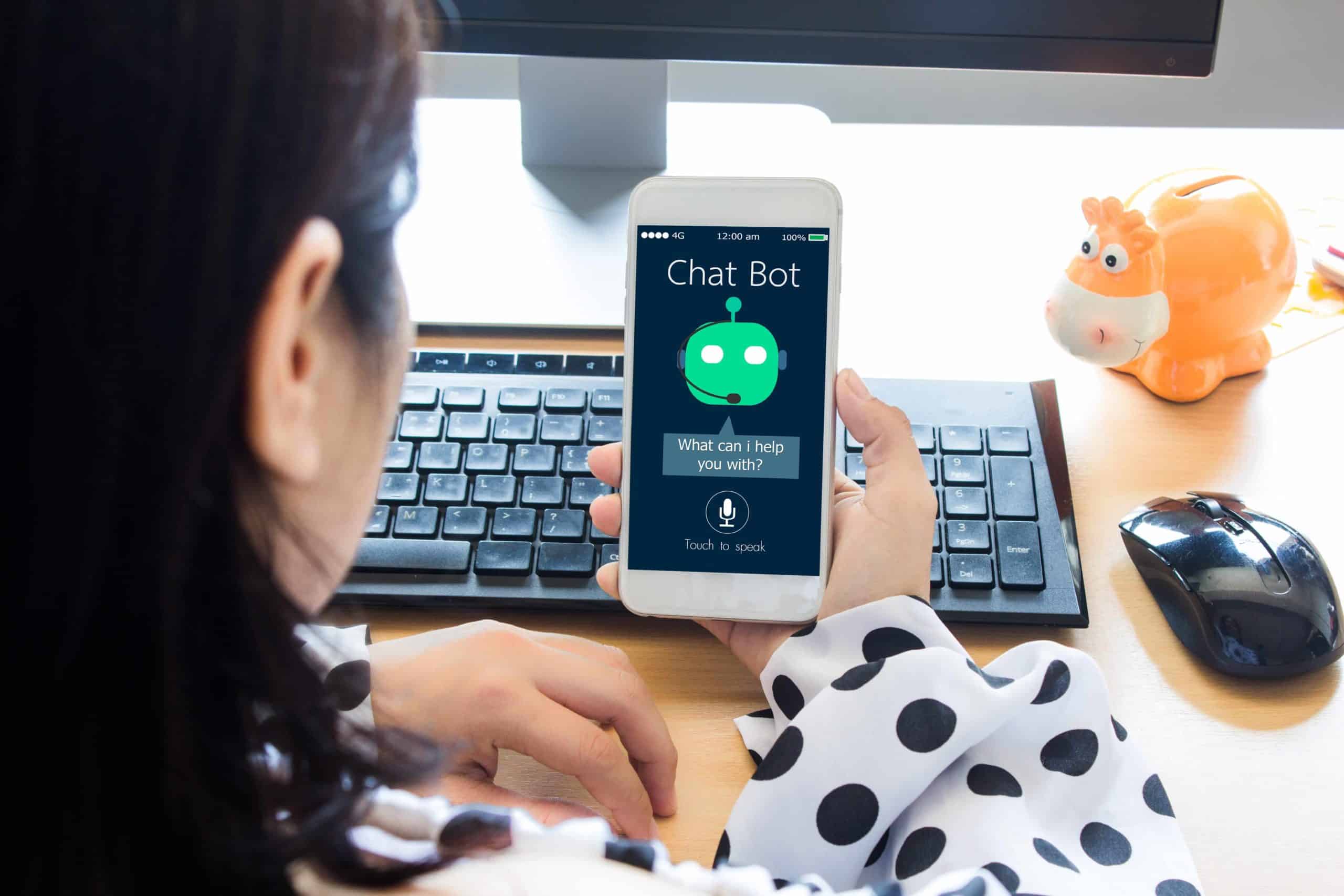 Over the years Twitter has become one of the most powerful social media sites out there. This platform has become so popular, in fact, that Bloomberg has announced it will be launching a 24/7 news channel dedicated to Twitter.

Moves like this, by authoritative channels like Bloomberg, are promoting what Twitter’s co-founder Biz Stone calls the “New Era of Trust.” The New Era of Trust means people are more open to relying on social platforms like Twitter for their daily dose of reliable news and entertainment.

Twitter is becoming more than just another social networking site. The platform is slowly turning into an ecosystem of its own. In line with the platform’s rising popularity, we’re seeing Twitter bots becoming more popular again.

Contrary to popular belief, not all Twitter bots are seedy. There are some out there that are designed to provide you with random, informative, and entertaining tidbits from across the web – one tweet at a time.

Poem.exe Gives You A Daily Dose of Poetry

Everybody needs some poetry in their life and if you don’t have anyone to write some for you, consider following @poem_exe. This bot tweets out micro-poems that might be either too deep or too random to be understood, but they’re definitely worth reading (typically, at least).

They’re kind of like haiku, and they’re often quite interesting. Either way, this poetic bot is sure to brighten your day.

cuckoo
hooked to the wind
wets our sandals

You’ll surely have fun browsing through the dozens of quirky poems from this bot. You can even share it with friends and family so you can all talk together about what the poems mean to you.

@dominos has been at the forefront of social media innovation for as long as we can remember. They are among the few food chains out there that have utilized bots on almost every single platform they have.

Before sending your first “tweet order,” you must log in to the Domino’s website and create a Pizza Profile. You have to input your default order along with some other information needed for the delivery.

Now you can order Domino's by tweeting 🍕. Find out how at http://t.co/Rwt1tJUmXShttps://t.co/Cs5f3JJyni

This latest ordering process is giving us one less reason to leave our homes.

If you don’t have a Domino’s in your area, there are tons of other app delivery services out there that can give you the same experience. Do your research and let us know your favorite in the comment section below!

If you’ve already seen every species of moth in the animal kingdom, you might want to follow @mothgenerator. This bot generates stunning fictional moths and pairs them with faux scientific names.

The fake moths are so detailed and realistic they can fool even the most experienced lepidopterist.

Satiate the biologist in you by browsing through the different ‘species’ on the Moth Generator feed. You can even share them with friends and see if anyone can spot the bluff.

I say that you, @acwilliams, ought to type “To [whoever] is checking” instead. ‘Whom’ is not nominative.

This bot pulls up random tweets from its followers and corrects grammar lapses unapologetically. Give yourself a good laugh by browsing through the hundreds of errors being called out by the grammar police.

Netflix Bot to Help You Stay Updated on the Latest Releases

If you swear by “Netflix and chill” then you might want to follow @netflix_bot. This bot tweets the latest Netflix releases as soon as they come out.

The Netflix bot tweets real-time updates for some of your favorite shows so you’ll never be the last to know.

MoMA Bot for Your Dose of Art and Culture

The @MoMARobot is the official bot account for the Museum of Modern Art. This robot will surely awaken the culture vulture in you as it tweets images taken from the museum’s vast digital archive.

This account tweets works of art four times a day, which is just enough to keep you excited until your next visit to the MoMA.

DSCVR:EPIC for a View of the Earth From Outer Space

23:26 on Sunday August 6th, over the North Pacific Ocean pic.twitter.com/aoZIRrUXA1

Sure, the images may not seem too different from one another but admit it, there’s something exciting about seeing a glimpse of the world from outer space.

Pentametron for the Shakespeare Geek in You

If you’re a fan of Shakespeare you need to follow @pentametron. This bot account tweets and retweets posts with iambic pentameter, and is sure to delight.

As the bio says, “With algorithms subtle and discrete / I seek iambic writings to retweet.” It doesn’t do this so much with single tweets as it does it with multiple tweets. Here are two tweets it retweeted in a row:

\ I'm so excited for tomorrow night.

Get it? Let’s try one more, remember to read both tweets in a row to see the rhyming:

jus gonna sleep whenever you're away

It’s like that through the entire timeline with random tweets rhyming with one another. If you’re feeling bold, come up with your own iambic pentameter poem and send it to @pentametron. If you want to get maximum exposure for your masterpiece, consider purchasing a respectable number of high-quality Retweets from a reputable provider. Once people begin noticing how much attention your tweet is getting, they’re sure to share it.

Earthquake Robot to Help You Prepare for the Worst

On the whole, there’s really no avoiding earthquakes and the devastating aftermath they bring. Fortunately, there are ways to prepare for them, and that includes staying up to date on quake activity near you.

The @earthquakeBot is a Twitter account that sends live updates of earthquakes and their magnitude as they happen, giving you a convenient way to learn about the latest developments.

This Twitter bot uses data from the USGS, and may someday help researchers better understand the patterns behind earthquakes. We’re excited to see how this ingenious account might contribute to disaster preparedness.

@censusAmericans is a bot account that publishes randomly-selected biographies based on data from the 2009 to 2013 U.S Census Bureau. No, it doesn’t know who you are – it grabs a random line of encoded information and decodes certain details, which can’t be personally identified.

I have trouble with my eyesight. I am hard of hearing. I have an associate's degree. I have multiple ancestries. I got married in 2003.

The account creates charming and peculiar stories similar to Humans of New York but fictional and more Twitter-friendly. The mini-biographies, although randomly sampled, mirror the everyday life of many Americans. This account is worth following if you’re looking for a quick and varied read during your morning commute.

You’ll never know when you need to compare the size of one object in relation to another. If you ever find yourself wondering how many Johnny Depps you can fit in Lake Mead, or how many honeybees fit into a burrito, the @relativebot has you covered.

While there’s really no telling how accurate these tweets are, we can guarantee that they’ll brighten up your feed – one relative comparison at a time. Oh, and @relativebot reports that 5,380 honeybees fit into a burrito. Yum!

The Twitter bots featured on today’s blog are breaking negative seedy stereotypes. While we haven’t found a solution to completely obliterate spammy and malicious bots, it’s good to know that there are some out there that are worth following.

Aside from being entertaining, these Twitter bots are also dedicated (i.e. programmed) to providing us with fun, informative, and in the case of Earthquake Bot, potentially life-saving tweets. Whether you like it or not, bots are permanent fixtures on social media. And as development of AI progresses, they’re going to continue to change the way we connect with one another and how we consume data.

If you’re a brand, you might want to rethink your strategy and find a way to incorporate them into your campaigns. Pair your personal bot with a respectable amount of high-quality Twitter Followers from a reputable provider to increase its popularity and strengthen its social proof. You’ll be off to a running start!

This list proves bots can be powerful marketing assets for any brand (ask Domino’s!) – isn’t it about time you start asking yourself how you can use them to your advantage?