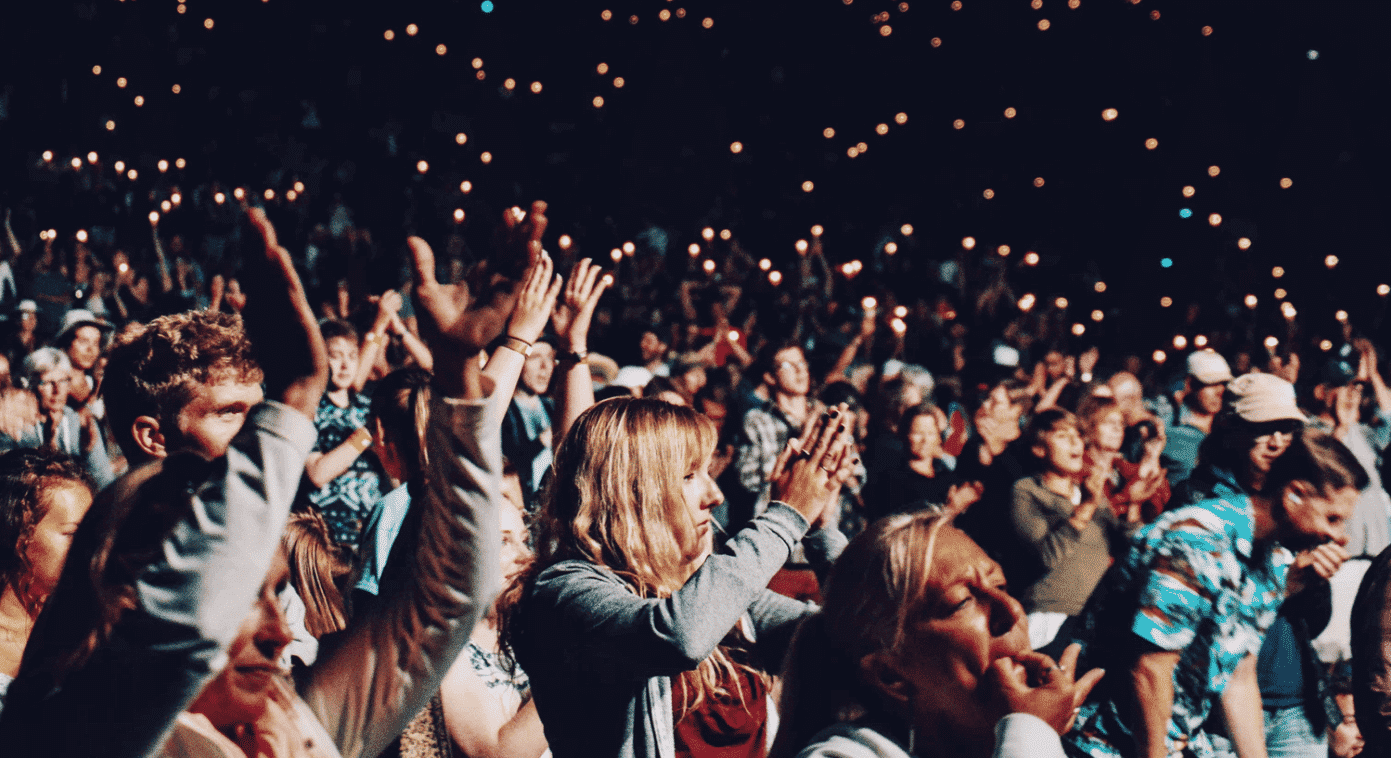 What Is Social Proof, And Why’s It So Important To Twitter?

In life, we are constantly affected by external factors that influence our decision-making process. Often unknowingly, we align our actions and thoughts with what is accepted by the standards of the majority of people. This phenomenon which influences our decision-making process is called “Social Proof,” and it has more impact on our behaviour than we know. Why is this important for Twitter? You’ll soon find out.

What is social proof?

You decide to go to a coffee place, but you haven’t decided where to go yet. You choose to walk around and see which coffee place peaks your interest. You walk by two coffee places, one is crowded, and the other one is nearly empty. Your basic instincts tell you to go to the coffee place that is crowded. Why? Logically speaking, that coffee place is more likely to serve better coffee, offer better customer service, and have a better overall ambience. At least, that’s what common sense suggests.

The situation above illustrates both negative and positive social proof:

Although that might not be true, and both coffee places might serve equally good coffee and offer quality customer service, the fact that the other coffee place is empty gives off a negative aura. People walking by will more likely be attracted to the crowded coffee place.

I’m sure now you’re asking, “Okay… but what does all this have to do with Twitter?” Let me demonstrate.

First off, this psychological phenomenon applies to every social network, not only Twitter. Social proof is described as the tendency to see an action as more acceptable when others are doing it. The example with the coffee place is the perfect metaphor that encapsulates the entire Twitter methodology:

To put it into context, if your Twitter profile (the coffee place) has a lot of followers (is crowded) and produces great content (great coffee and customer service), then other people that visit your profile will be more likely to follow you. The key factor here, as mentioned earlier, is the coffee place being crowded. Here’s a live example of my hypothesis.

Happy midweek folks! Its Wednesday and that means its NAME DAY! So if your name is David get down to our Luton cafe and claim your cooling Iced Coffee on us!! (you need to prove your name is David) #Nameday #tastesgoodtodogood #winners #summer2018 #staycool #HeatWave2018 pic.twitter.com/HFgEXw1s8e

Deciding what to order is hard.
Enjoying what you order is not.#AfternoonMade pic.twitter.com/wYE7YKHDFY

Above you can see two tweets from two different coffee places. As a neutral visitor, which one seems more impressive to you? Do you find the tweet from @CoffeeEthic more appealing, or @Starbucks? I bet 99% of you will opt for Starbucks any day of the week. Over 1400 retweets versus 2 retweets is a clear distinction.

This is how things are in the age of instant gratification. When people check out a profile and they see an unimpressive number of followers and low engagement, they immediately bounce from that profile. Social proof has a real impact on sales and business!

The benefits of social proof

Your Twitter profile will seem more credible if it is packed with many Twitter followers and has impressive user-engagement. Once a neutral visitor lands on your profile, they will be more interested to see what you have in store once they check out the impressive numbers. This increases the organic growth. To top it off, all your marketing efforts will bring positive results once your tweets start gathering impressive engagements. Especially if your marketing campaigns are well thought out, like this one from Disney.

11 Herbs & Spices. I need time to process this.

Social proof cannot be achieved only by excelling in one of the above-mentioned aspects. For example, if you create quality content, but you have low engagement and a low following base, you can’t achieve social proof. The same goes for the other elements. A big number of followers will do you no good if you don’t create top-quality content and receive lots of positive engagements from your followers. What you want to achieve should look something like things:

You want your tweets to be optimized and receive a lot of engagement. You want your neutral followers to feel like they made the right choice by visiting your Twitter profile. One way you can do that is by learning from pros who already made it on Twitter. They’ve figured out how to leverage their social proof, and what they do is right on Twitter in plain sight for you to learn from.

Social proof can also be achieved by going viral. Viral tweets can be the result of impeccable planning, or an enormous stroke of luck. If you do reach the achievement of having a tweet go viral, your entire profile will grow almost instantly.

HELP ME PLEASE. A MAN NEEDS HIS NUGGS pic.twitter.com/4SrfHmEMo3

The tweet above is from a kid who jokingly challenged his favorite fast-food chain by asking them how many retweets it would take for him to get a year’s supply of chicken nuggets. Unexpectedly, Wendy’s replied to the tweet with a joke of requiring 18 million retweets. Even though the kid didn’t get 18 million retweets, he did break the record for most retweeted tweet of all-time, previously held by Ellen DeGeneres’s Oscar selfie tweet.

.@carterjwm is now the most retweeted tweet of all-time. That’s good for the nuggets, and $100k to @DTFA. Consider it done. #nuggsforcarter pic.twitter.com/k6uhsJiP4E

Wendy’s thought that breaking the record was impressive enough, and granted the kid a one-year supply of chicken nuggets. Not only did Carter get a one year supply of nuggs, he also got his social proof. The massive attention he received with his nugget challenge got people interested, and the 3.6 million retweets resulted in over 100,000 followers on Twitter. That’s what going viral does for you.

yo @LuisFonsi how many retweets for Despacito 2?

Carter tried to go viral once again, by challenging Luis Fonsi and Daddy Yankee for a Despacito sequel, but it didn’t work. That’s what makes viral content special. It doesn’t work every time. He should still be happy with all of those nuggets though…

Social proof doesn’t have a lot to do with optimization, but Twitter does. The Twitter algorithm works in a way that it favors well-crafted tweets that have just the right keywords and hashtags. When you optimize your Twitter profile, your account will be better positioned to appear on Twitter search, thus bringing more traffic your way. To fully optimize your account for social proof benefits, you should consider the following:

When your profile is completely optimized, it will appeal Twitter users and the Twitter algorithm. This, in return, will allow your profile to grow and eventually obtain positive social proof. This is the type of optimization you should apply to your tweets.

Photo of the Day: The sun has risen over Alberta for the first-ever #GoProCreatorSummit. 🇨🇦 #GoProFamily members @theblondeabroad + @GL0 chased an early start to #MoraineLake with #GoProHERO6. 🚣

Keep an eye on our channels while we #ExploreAlberta over the next few days. 🎬 pic.twitter.com/ktNpiLOffr

Photo of the Day: @TFurmanek gives new meaning to the 'open road' in Jølster, Norway with his #GoProHERO6. 🇳🇴

Share your adventures with us at https://t.co/H6OUvpg0Vl. 📷#GoPro #Kayak pic.twitter.com/FFILmJ6G5x

Crafting the ideal hashtag strategy for your marketing campaign is essential. You need to balance the right usage of hashtags and emojis with the nature of your content. The tweets above are both visually stimulating and equipped with the proper hashtag power.

Social proof can be transferred from one source to another. That is why brands are paying celebrities to promote their products. When people see that their favorite singer, athlete, or movie star wearing a particular product, they’ll be more likely to use that product as well. This applies on Twitter.

Nowadays, you can see more and more paid/sponsored partnerships, collaborations, takeovers and other forms of collaborations on social media. The example above is how two brands can collaborate on Twitter in a creative way. The limit for collaboration depends on your own creativity:

These are all strategies that strengthen their social proof as they share their audiences and grow their numbers, In addition to how the smaller account gets social proof from the endorsement of the larger account.

Don’t be fooled though, social proof is not achieved in several steps. It takes a long-term commitment to start building a strong presence on Twitter. Remember, you are competing against thousands of creators that are equally craving success. You must be at the top of your tweeting game at all times if you wish to stand a chance in the Twitter jungle. Once you do achieve social proof for your Twitter profile, you will see that all the struggles were worth it.